Stewardship and Learning at our Northernmost Marine Reserve!

With an annual attendance of more than 1.2 million visitors, Oswald West State Park is being loved to death. Litter is a persistent problem at the park and unofficial trails created by visitors are contributing to erosion problems and damaging the natural flora of the Park.

To do our part as stewards of this beloved Park, the Portland Chapter of Surfrider Foundation, along with partners from Friends of Cape Falcon Marine Reserve and Oregon State Parks, held an Action Day at Short Sand Beach.

We worked with State Parks to identify four priority projects to help make the park safer and more accessible and added a beach cleanup as well. Our projects were:

Here’s a snapshot of what 50 volunteers were able to accomplish in just two hours:

Our rock removal volunteers witnessed firsthand why they were clearing the path down to the beach. Once the volunteers were halfway through, a woman with a walker approached the path. In places that had already been cleared, she was able to smoothly walk on her own. In places where there were still rocks, she had a more difficult time and needed a bit of assistance. The experience bumped the feel good factor up a few notches for these volunteers.

During volunteer orientation and the BBQ after all of the hard work was done, volunteers learned about Cape Falcon Marine Reserve, of which we had a great view from Shorties.

Check out all of the photos from the successful day: 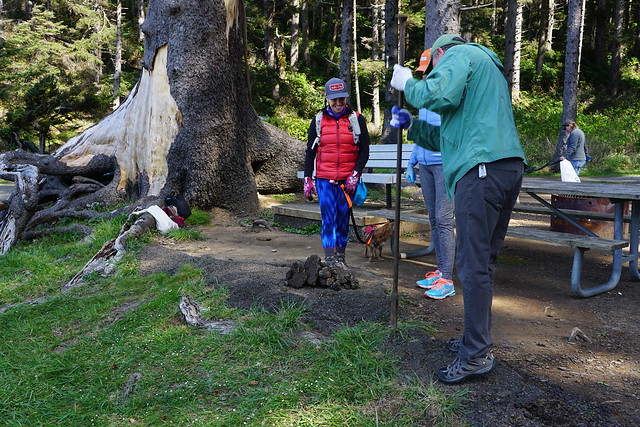